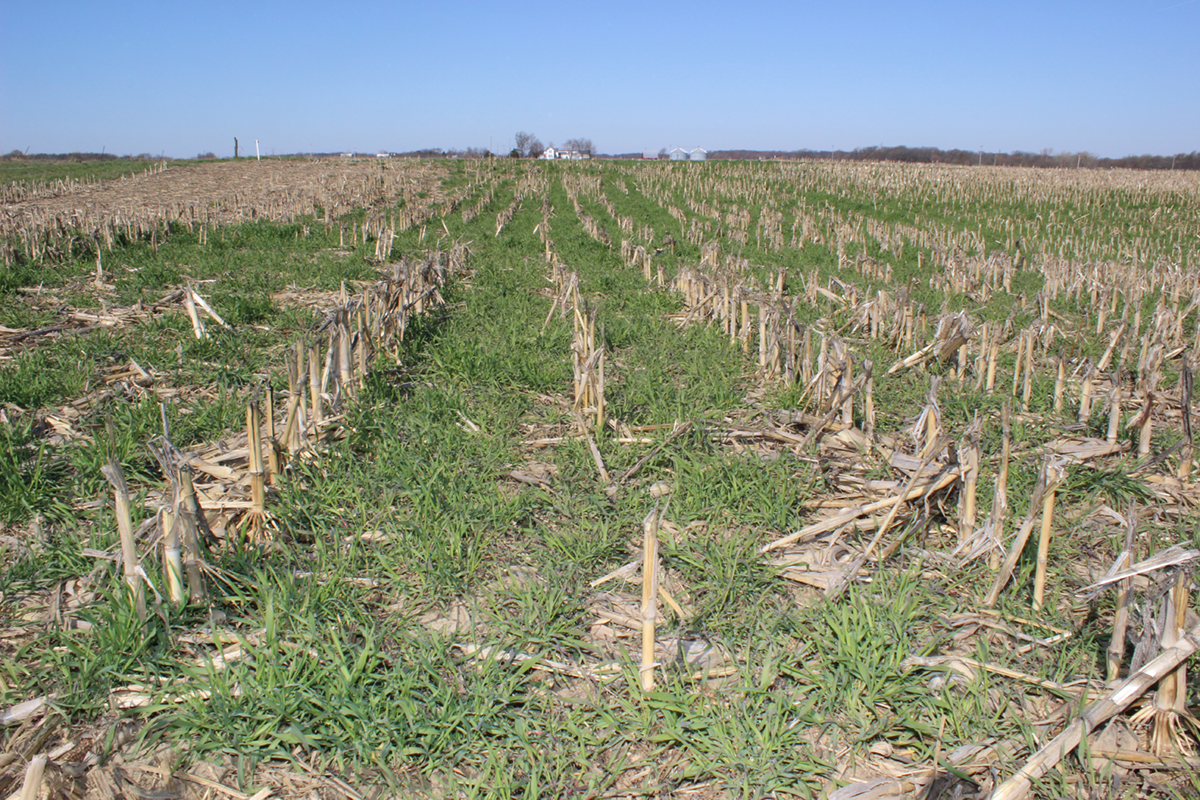 Recent results from the USDA/NASS Producer Survey show marked improvements in the implementation of practices outlined in the Nutrient Loss Reduction Strategy.

Chicago, Illinois – USDA National Agricultural Statistics Service (NASS) today released the results of the 2015 Producer Survey which was designed to accurately reflect the nutrient management and conservation practices used for the state Nutrient Loss Reduction Strategy (NLRS). The survey questions covered nutrient management strategies, cover crops, edge-of-field practices, use of soil tests, erosion management, and knowledge of certain NLRS components. Farmers were asked to respond based on crop years 2015 and 2011, which was selected as a base year.

“This is the first opportunity for farmers to really tell their collective story regarding the use of nutrient management conservation practices in Illinois,” said Warren Goetsch, Deputy Director of the Illinois Department of Agriculture (IDOA). “This survey is proof that our agricultural community has a good story to tell. Illinois farmers are taking ownership of these uses, specifically agricultural non-point nutrient loss, and they are willing and able to meet the challenge through voluntary involvement and best management practice adoption. They are truly doing a great job!”

Per the survey, the majority of Illinois corn acres follow the recommended MRTN (Maximum Return to Nitrogen) application guidelines, and this number is increasing. In 2011, 70% of the corn acres were using MRTN and by 2015 that number had increased to 81%. In addition, over half of all surveyed farmers indicate that are either knowledgeable or very knowledgeable of the aspects of the 4R Strategy of Right Nutrient Source at the Right Rate, in the Right Place and Right timing. Between 2011 and 2015, farmers moved to a split application system of less than 50% Fall/winter applied applications with the remaining Nitrogen applications split between pre-plant and side-dress on nearly half a million acres.

Illinois Farm Bureau President Richard Guebert Jr. credits the collective work of farmer groups, agricultural retail organizations, University research, Illinois agency leadership and the farm community in general for the success being shown in the adoption of conservation practices. “The NLRS set aggressive goals for the ag community to address nutrient efficiency and through various partnerships across the industry we have once again shown that farmers are stewards of natural resources and have taken seriously the challenges presented to us,” said Guebert.

The survey was funded by a partnership between the Illinois Nutrient Research & Education Council (NREC) and Illinois Farm Bureau. “This survey is an important part of the Nutrient Loss Reduction Strategy and provides an analysis of the adoption and understanding of the practices outlined in the strategy. The results establish a set of baseline statistics and also show the changes in cultural practices from 2011 to 2015. With support from NREC and Illinois Farm Bureau, we will look to repeat this survey on a bi-annual basis to continue 1 to track these issues,” said Mark Schleusener, Illinois State Statistician, USDA/NASS.